This translation is older than the original page and might be outdated. See what has changed.
?
You are here: start » en » service » repair » ecap_devices

The currently known devices are listed, which are affected by expiring SMD capacitors, and thus their destruction. In general, all equipped with SMD electrolytic capacitors and cards seem to be affected. 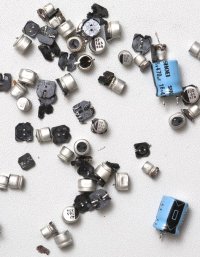